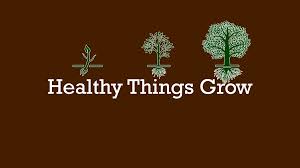 The question is often asked, “Do we need more churches or should we focus on making sure the churches we have are healthy?”  Over the last twelve plus years of being the BMA director of church planting my answer has been consistently the same, “Yes!”  It is not an either/or but most definitely a both/and scenario.  Mark Clifton gives this challenge and vision statement by stating his commitment as, “decreasing the death rate of existing churches while simultaneously increasing the birth rate of new churches.”  Being obedient to God’s calling is paramount!

Many are convinced that we do not need more churches but what is that belief based on and is it true?  At www.thearda.com you can insert your zip code and find out who is connected to what denominations.  In Cherokee County Texas, where many would say there is not a need for more churches, this site reveals that there are over 50,000 living in the county but over 21,000 are “unclaimed.”  That means about 40% of the population has no connection to any religion, denomination, or church.  The fields are white unto harvest for both existing and new churches.

The reality is that while more churches are being planted almost as many are closing down.  Some would say that overall we are actually in losing more than we are gaining every year.  This does not figure in population growth and makes it clear that we are losing ground at an alarming pace.  While world population continues to skyrocket churches continue to dwindle and we lose our ability to effectively share the gospel.  Maybe you should go to the website above and begin to focus on reaching those who declare themselves as “unclaimed” in your zip code.

Recently I had the privilege of spending some time with a leader who was mentored by Bill Bright the founder of Campus Crusade (now Cru).  He said that every day Bill would pray passionately and fervently for four things.  He was fully aware of and modeled to others his dependence on God for anything of everlasting significance to occur.  Bill remained humble because of that dependence and that motivated him to pray for these four things: Laborers, Supernatural Resources, Open Doors, and Fruit that Remained.

What does healthy multiplication look like?  It means activating His church His way.  Acts 9:31 says, “So the church throughout all Judea, Galilee, and Samaria had peace, being built up and walking in the fear of the Lord and the encouragement of the Holy Spirit, and it increased in numbers.”

Where do you start?  Paul prayed this in Ephesians 3:16, “I pray that He may grant you, according to the riches of His glory, to be strengthened with power in the inner man through His Holy Spirit.”